What if we introduced more beauty to our life stories?

What can female leaders learn from stories across cultures? Interview with Kholood Alzaidi 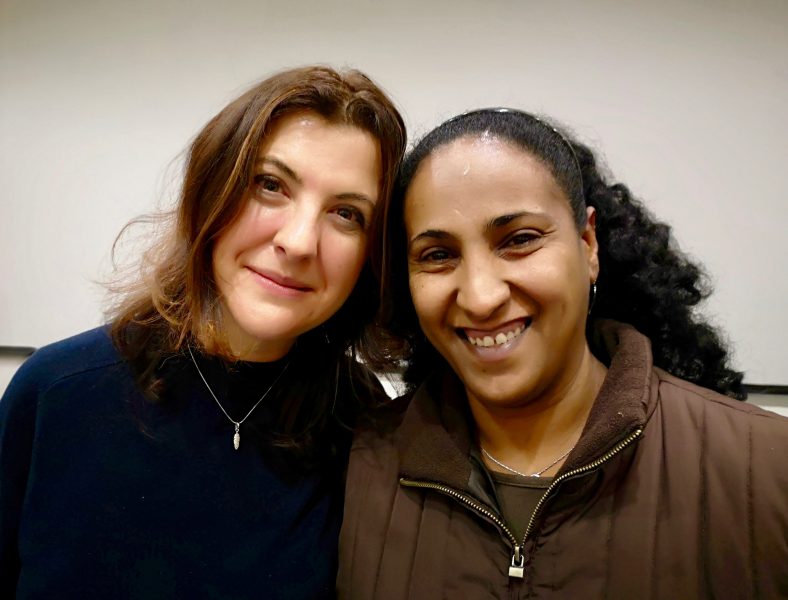 Kholood Alzaidi in twenty-three first years of her life left her hometown, Kut, one hundred miles south of Baghdad only once. Back then she set on a day trip to the capital city accompanied by her father. He played an important role in her life and inspired her to study English Literature and develop her skills and talents. After her hometown had got surrounded by the US Marine Expeditionary Force when she was 23, Kholood met Fern Holland, a US-women’s activist who empowered her as a representative of young Iraqi women and enabled the trip to Washington, so that she would be able to help draft the new Iraqi constitution. Kholood and her family were forced to escape from Iraq to Jordan. Forced by the sudden unemployment and lack of perspective, Kholood and her sister took an enormous risk and decided to escape from Jordan after couple of years. Their Odyssey via Greece brought them to Germany and eventually to Austria, where it ended in Villach, close to the border with Italy. That was where I met this young, energetic woman, whose resilience is shining and spreading hope. I immediately asked her to share her stories that empowered her to speak up on behalf of women.

“I wanted women to believe in themselves before believing in law”, Kholood said in our interview and sketched powerful stories of her journey as a young woman in Iraq as a refugee in Jordan, Greece and Austria and last but not least as a women’s activist. For more information on her Odyssey, check the interview below and a chapter in the New York Times publication called “Fractured Lands”, please.

Many cordial thanks to Andrzej Ochojski for editing the audio in the record time, dziękuję bardzo.